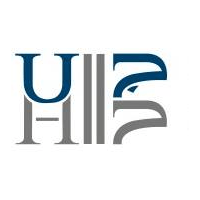 Hassan II University of Casablanca (UH2C) is a public university of higher education situated in the industrial capital of the Moroccan Kingdom. It was created in September 2014 after a merger of Hassan II University of Mohammedia with Hassan II University of Ain Chock. The study is primarily conducted in Arabic and French. Other languages such as English, Spanish, Russian, Chinese etc are also taught as courses. Consisting of 18 institutions located in the 6 campuses of Casablanca and Mohammedia, the University offers a variety of programs for undergraduates, Master’s and Doctorate students almost in all study fields (356 courses and programs). The University counts 2,165 full time professors and 1,128 administrative and technical staff. The University is endeavouring to materialise its visibility nationally and internationally in terms of scientific research through its various scientific structures (123 Laboratories, 10 Centres for Doctoral Studies, 10 Research Centres, 2 Research Platforms and an Observatory). In terms of partnership and cooperation, UH2C has concluded more than 130 cooperation agreements with different universities and organizations all over the world.

Team members involved in the project

Aziz Amine (male, P.I.). Full Professor, he is a professor of biochemistry in the Faculty of Sciences and Techniques of Hassan II University of Casablanca. Professor Amine’s research over the last 25 years has focused on sensors, biosensors, and their use in analytical chemistry. He is author of more than 130 papers and has h-index of 43. He has served as coordinator of several national and international research projects. He is a reviewer for several scientific international journals. He is Editor of Biosensors & Bioelectronics journal.

Hasna Mohammadi (female).Associate Professor, she is a Professor of Analytical Chemistry in Faculty of Science and Technology of Hassan II University of Casablanca. Her research over last 15 years focus on Sensors, Biosensors, and their application in biological analysis and for environmental monitoring. She has wide experience in the Genosensrs development.  She is author of more than 50 papers and scientific communications with more than 1,027 citations by Google Scholar and a h-index of 8 (Scopus).

Publications and/or products, services related to the project

Previous projects or activities connected to the subject of this proposal

This website uses cookies to improve your experience while you navigate through the website. Out of these, the cookies that are categorized as necessary are stored on your browser as they are essential for the working of basic functionalities of the website. We also use third-party cookies that help us analyze and understand how you use this website. These cookies will be stored in your browser only with your consent. You also have the option to opt-out of these cookies. But opting out of some of these cookies may affect your browsing experience.
Necessary Sempre abilitato
Necessary cookies are absolutely essential for the website to function properly. This category only includes cookies that ensures basic functionalities and security features of the website. These cookies do not store any personal information.
Non-necessary
Any cookies that may not be particularly necessary for the website to function and is used specifically to collect user personal data via analytics, ads, other embedded contents are termed as non-necessary cookies. It is mandatory to procure user consent prior to running these cookies on your website.
ACCETTA E SALVA